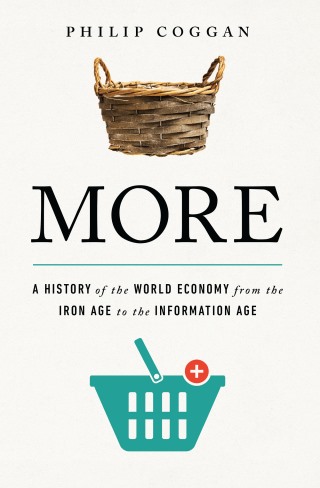 A sweeping history that tracks the development of trade and industry across the world, from Ancient Rome to today.

From the development of international trade fairs in the twelfth century to the innovations made in China, India, and the Arab world, it turns out that historical economies were much more sophisticated that we might imagine, tied together by webs of credit and financial instruments much like our modern economy.

Here, Philip Coggan takes us from the ancient mountains of North Wales through Grand Central station and the great civilizations of Mesopotamia to the factories of Malaysia, showing how changes in agriculture, finance, technology, work, and demographics have driven the progress of human civilization. It's the story of how trade became broader and deeper over thousands of years; how governments have influenced economies, for good or ill; and how societies have repeatedly tried to tame, and harness, finance. More shows how, at every step of our long journey, it was the connection between people that resulted in more trade, more specialization, more freedom, and ultimately, more prosperity.

Philip Coggan: Philip Coggan writes the Bartleby column for The Economist and is the former writer of the Buttonwood column. Previously, he worked for the Financial Times for twenty years. In 2009, he was voted Senior Financial Journalist of the Year in the Wincott awards and best communicator in the Business Journalist of the Year Awards. Among his books are The Money Machine, The Economist Guide to Hedge Funds and Paper Promises.