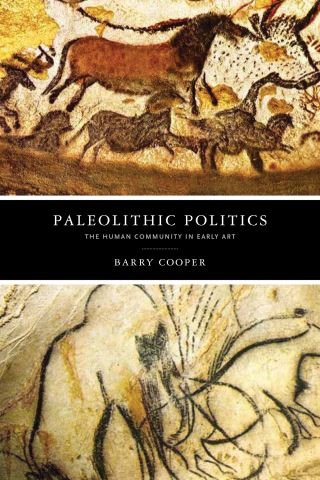 The Human Community in Early Art

Using his background in political theory and philosophical anthropology, Barry Cooper is the first political scientist to propose new interpretations of some of the most famous extant Paleolithic art and artifacts in Paleolithic Politics. This book is inspired by Eric Voegelin, one of the major political scientists of the last century, who developed an interest in the very early symbolism associated with the caves and rock shelters of the Upper Paleolithic, but never finished his analysis. Cooper, who has written extensively on Voegelin’s theories, takes up the enterprise of applying Voegelin’s approach to an analysis of portable and cave art. He specifically applies Voegelin’s philosophy of consciousness, his concept of the compactness and differentiation of consciousness, his argument regarding the experience and symbolizations of reality, and his notion of the primary experience of the cosmos to images previously regarded as pedestrian. Cooper demonstrates the political significance of the earliest expressions of human existence and is among the first to argue that political life began not with the Greeks, but 25,000 years before them. Archaeologists, prehistorians, and political scientists will all benefit from this original and provocative work.

Barry Cooper is a professor of political science at the University of Calgary. He is the author, editor, and translator of over thirty books, including Consciousness and Politics: From Analysis to Meditation in the Late Work of Eric Voegelin.