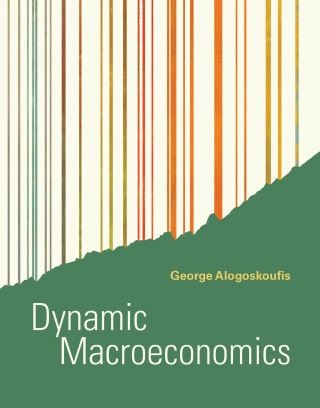 An advanced treatment of modern macroeconomics, presented through a sequence of dynamic equilibrium models, with discussion of the implications for monetary and fiscal policy.

This textbook offers an advanced treatment of modern macroeconomics, presented through a sequence of dynamic general equilibrium models based on intertemporal optimization on the part of economic agents. The book treats macroeconomics as applied and policy-oriented general equilibrium analysis, examining a number of models, each of which is suitable for investigating specific issues but may be unsuitable for others.

After presenting a brief survey of the evolution of macroeconomics and the key facts about long-run economic growth and aggregate fluctuations, the book introduces the main elements of the intertemporal approach through a series of two-period competitive general equilibrium models—the simplest possible intertemporal models. This sets the stage for the remainder of the book, which presents models of economic growth, aggregate fluctuations, and monetary and fiscal policy. The text focuses on a full analysis of a limited number of key intertemporal models, which are stripped down to essentials so that students can focus on the dynamic properties of the models. Exercises encourage students to try their hands at solving versions of the dynamic models that define modern macroeconomics. Appendixes review the main mathematical techniques needed to analyze optimizing dynamic macroeconomic models. The book is suitable for advanced undergraduate and graduate students who have some knowledge of economic theory and mathematics for economists.