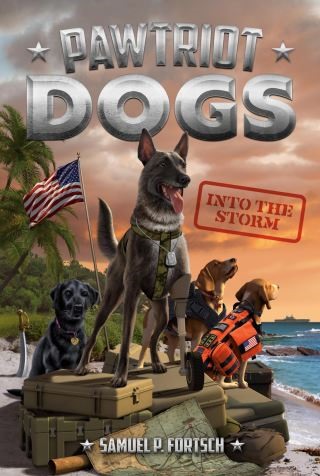 The Pawtriots are on a deep-sea mystery mission in the Bermuda Triangle to protect the coastline from a band of canine pirates...But with a massive tropical storm rolling in, will Rico be able to keep his mission on course?

For young readers wanting action-packed adventure with a patriotic message, the Pawtriots are the perfect team!

Samuel P. Fortsch: Samuel P. Fortsch is a former Captain in the US Army and a lifelong writer who first began creating other worlds and characters in the fifth grade. He lives in Western Massachusetts with his lovely wife, three wonderful kids, and his two pooches.