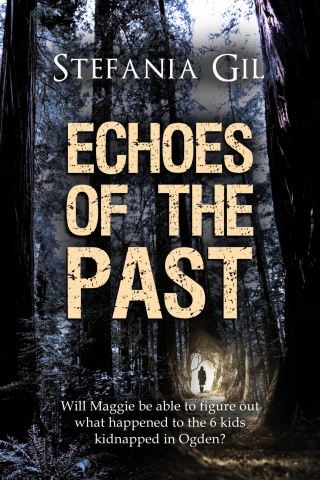 Echoes of the Past

One hot summer night in 1989, Vivian Wright left her three-year-old daughter lying in her bed with her inseparable bunny. Neither of them knew that that night would be the last that Vivian would see her daughter and the last night that Hailey would sleep so peacefully in a long time. Hailey's disappearance would be just the beginning of a wave of disappearances that would take place in Ogden, Utah in the early 1990s.
Excited about her new job, following an amicable divorce and determined to start a new life, Maggie Jones arrives in Ogden during the week of commemoration of the date when six children between the ages of two and three disappeared without a trace. A time that shocked the entire population.
Despite this, Maggie believes that she is in the right place to live with peace of mind and raise her son in a safe place. What had happened 29 years earlier had not been repeated and Ogden was a good place to live today, the statistics said.
However, a few months later very strange things begin to happen to her that lead her to investigate the disappearance of Hailey Wright with her neighbor David Porter, a determined and friendly local policeman.
The investigation will be the trigger for mixed feelings in all the inhabitants of the town who lived closely at that time, as well as some of the affected families who still lived there. Some will be on her side, others will put her in the spotlight threatening her safety and that of her child.
Will Maggie give up on continuing the investigation? Will it finally be known what happened to those children?

Stefania Gil: Stefania writes Romance fiction: contemporary , paranormal and thriller. She has self-published more than 20 books in Spanish and has sold over 30,000 copies. Her books have been translated into English, Italian and Portuguese. In 2017,in the city of Malaga, Spain (declared Indie literature capital #mesindie), she participated as speaker at a roundtable organized by Amazon KDP Spain in order to celebrate Self publishing month. She loves to read and all things mystical and paranormal. She is drawn to learn about what is beyond our grasp, reason why she has studied Tarot. Wicca, High Magic and Reiki. She currently lives in Malaga with her husband and little daughter. From her studio with a view to the sea, she writes to please her readers.