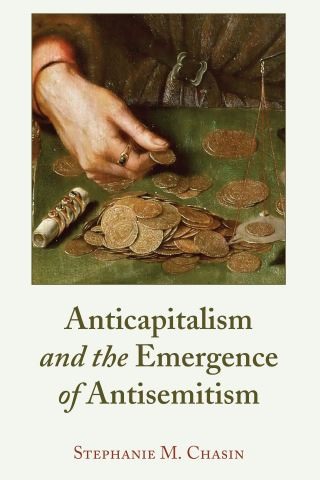 Anticapitalism and the Emergence of Antisemitism

The longest-lived stereotype of Jews with the broadest appeal is the idea that Jews are money-driven. From the fictional moneylender Shylock demanding his pound of flesh to the Wall Street banker, for centuries Jews have been portrayed as caring only for profit and motivated by greed. This is a construction that is allied to the history of anticapitalism. Whether medieval theologians or antiglobalist protesters, capitalism is commonly criticized as exploitative and immoral as are the providers of capital. This book tells the story of how, when, and where Jews and capital became negatively stereotyped. With a new perspective, it places the issue of antisemitism within a larger ideological question, debated since the beginnings of capitalism. Is making money off money immoral and is there such a thing as "excessive" profit? The book shows that Jews were not the sole creditors or even the dominant ones, that their history was not one of unceasing hostility, and that it is when that stereotype of Jews and money is a political tool that it is at its most dangerous.

Stephanie Chasin earned her Ph.D. from UCLA. She taught at UC Irvine and UCLA as a visiting lecturer and worked as an independent researcher. Presently, she is an independent scholar specializing in Jewish and European history.