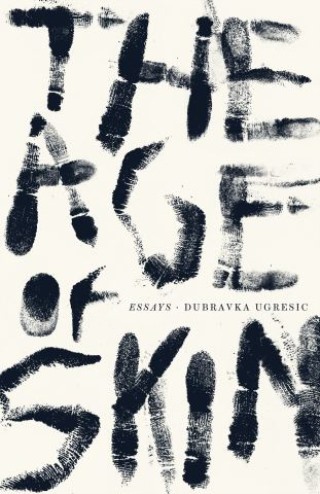 The Age of Skin

These essays are written on the skin of the times. Dubravka Ugresic, winner of the Neustadt International Prize and one of Europe’s most influential writers, with biting humor and a multitude of cultural references—from La La Land and Dawn of the Planet of the Apes, to tattoos and body modification, World Cup chants, and the preservation of Lenin’s corpse—takes on the dreams, hopes, and fears of modern life. The collapse of Yugoslavia, and the author’s subsequent exile from Croatia, leads to reflections on nationalism and the intertwining of crime and politics. Ugresic writes at eye level, from a human perspective, in portraits of people from the former Eastern Bloc, who work as cleaners in the Netherlands or start underground shops with products from their country of origin.

A rare and welcome combination of irony, compassion, and a sharp polemic gaze characterizes these beautiful and highly relevant essays.

Dubrakva Ugresic: Dubravka Ugresic is the author of six works of fiction, including The Museum of Unconditional Surrender, and six essay collections, including the NBCC award finalist, Karaoke Culture. She went into exile from Croatia after being labeled a "witch" for her anti-nationalistic stance during the Yugoslav war. She now resides in the Netherlands. In 2016, she was awarded the Neustadt International Prize for Literature for her body of work.