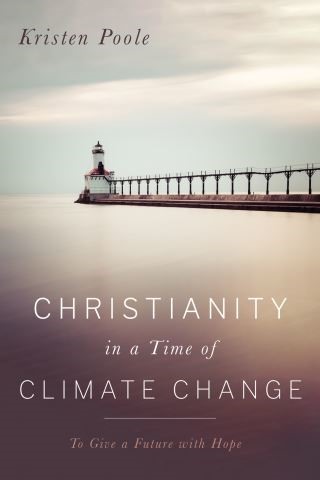 Christianity in a Time of Climate Change

To Give a Future with Hope

What does climate change have to do with religion and spirituality? Even though a changing environment will have a dire impact on human populations--affecting everything from food supply to health to housing--the vast majority of Americans do not consider climate change a moral or a religious issue. Yet the damage of climate change, a phenomenon to which we all contribute through our collective carbon emissions, presents an unprecedented ethical problem, one that touches a foundational moral principle of Christianity: Jesus's dictate to love the neighbor. This care for the neighbor stretches across time as well as space. We are called to care for the neighbors of the future as well as those of the present. How can we connect the ethical considerations of climate change--the knowledge that our actions directly or indirectly cause harm to others--to our individual and collective spiritual practice? Christianity in a Time of Climate Change offers a series of reflective essays that consider the Christian ethics of climate change and suggest ways to fold the neighbors of the future into our spiritual lives as an impetus to meaningful personal, social, and ultimately environmental transformations.

Kristen Poole: Kristen Poole is the Ned B. Allen Professor of English at the University of Delaware. She specializes in the intersection of science, religion, and literature in early modern England, and is the author of many scholarly books and articles. She holds a PhD from Harvard and an STM from United Lutheran Seminary, Philadelphia.