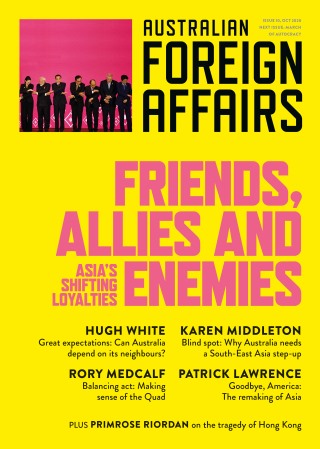 “These are anxious times. Not since early 1942 have Australians felt so in need of allies, yet been so unsure of their major ally … Canberra is eagerly, even desperately, looking for new protectors.” HUGH WHITE

The tenth issue of Australian Foreign Affairs examines the alliances, blocs and rivalries emerging across the Asia-Pacific as nations adjust to the changing balance of power.