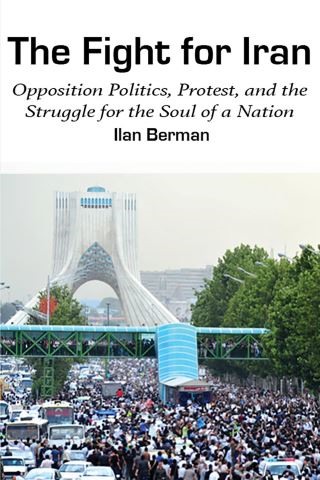 The Fight for Iran

Opposition Politics, Protest, and the Struggle for the Soul of a Nation

Today, more than four decades after its founding, the Islamic Republic of Iran is arguably at the weakest point in its history. At home, deteriorating domestic conditions, a profoundly disaffected population, and an increasingly unpopular official ideology have helped to galvanize opposition to the country's ruling clerical regime. Meanwhile, mounting economic and political pressure from the United States have taken aim at the country's economy and its malign regional behavior. The end result of this confluence of forces could very well be a new political upheaval within the country.

The Fight for Iran is an in-depth look at that potential for change, as well as at the beliefs, ideas and values of the different factions that now exist within the Iranian opposition. It represents a chronicle of what, forty-one years after the Ayatollah Ruhollah Khomeini's Islamic Revolution, has become a profound political struggle for the soul of one of the Middle East's most important nations.

Ilan Berman is Senior Vice President of the American Foreign Policy Council in Washington, DC. An expert on regional security in the Middle East, Central Asia, and the Russian Federation, he has consulted for the U.S. Central Intelligence Agency as well as the Departments of Defense and State, and provided assistance on foreign policy and national security issues to a range of governmental agencies and congressional offices. He has been called one of America's "leading experts on the Middle East and Iran" by CNN.