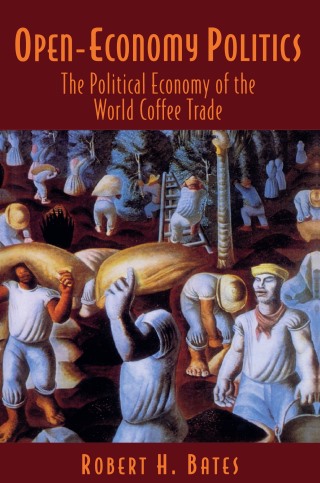 The Political Economy of the World Coffee Trade

Coffee is traded in one of the few international markets ever subject to effective political regulation. In Open-Economy Politics, Robert Bates explores the origins, the operations, and the collapse of the International Coffee Organization, an international "government of coffee" that was formed in the 1960s. In so doing, he addresses key issues in international political economy and comparative politics, and analyzes the creation of political institutions and their impact on markets. Drawing upon field work in East Africa, Colombia, and Brazil, Bates explores the domestic sources of international politics within a unique theoretical framework that blends game theoretic and more established approaches to the study of politics.

Robert H. Bates: Robert H. Bates is Eaton Professor of the Science of Government in the Department of Government and a Faculty Fellow in the Institute of International Development at Harvard University. His recent books include Beyond the Miracle of the Market and a volume he coauthored with Avner Greif, Margaret Levi, Jean-Laurent Rosenthal, and Barry Weingast entitled Analytic Narratives (Princeton).