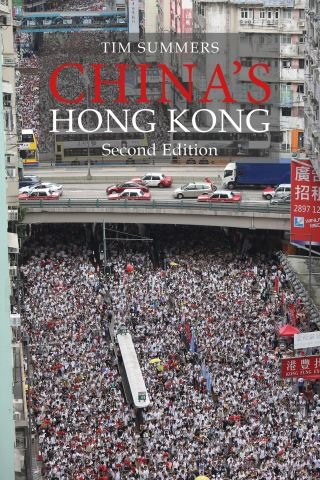 The Politics of a Global City

Public protest and civil unrest in Hong Kong continues to put pressure on the notion of “one country, two systems” that formed the basis of the constitutional settlement under which Hong Kong became a special administrative region of the PRC in 1997. In this new edition, Tim Summers brings his analysis of the politics of Hong Kong fully up to date and discusses the ramifications for the city of the mass demonstrations of June 2019 and the intensifying confrontational politics that has culminated in China’s new security laws effectively criminalizing dissent in the city. As with the first edition, both local politics and the national dimension – Hong Kong’s relationship with Beijing – remain central themes in the analysis, along with shifts in Beijing’s perceptions of the problem in Hong Kong and the changes in policy approach to which that has led. These have come more to the fore, Summers shows, as Hong Kong has become inserted into the frontline of US–China strategic rivalry. Hong Kong has now lost the sweet spot it occupied for four decades in a world of intensifying economic globalization and decent US–China relations. Neither of those applies any more, all the more so after Covid-19.

Tim Summers: Tim Summers is an assistant professor in the Centre for China Studies at the Chinese University of Hong Kong and a senior consulting fellow on the Asia-Pacific programme at Chatham House, based in Hong Kong.