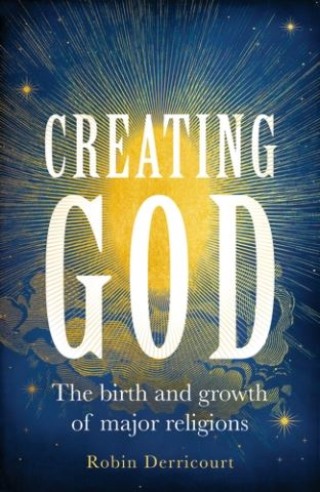 The birth and growth of major religions

What do we really know about how and where religions began, and how they spread? In this bold new book, award-winning author Robin Derricourt takes us on a journey through the birth and growth of several major religions, using history and archaeology to recreate the times, places and societies that witnessed the rise of significant monotheistic faiths. Beginning with Mormonism and working backwards through Islam, Christianity and Judaism to Zoroastrianism, Creating God opens up the conditions that allowed religious movements to emerge, attract their first followers and grow. Throughout history there have been many prophets: individuals who believed they were in direct contact with the divine, with instructions to spread a religious message. While many disappeared without trace, some gained millions of followers and established a lasting religion. In Creating God, Robin Derricourt has produced a brilliant, panoramic book that offers new insights on the origins of major religions and raises essential questions about why some succeeded where others failed.

Robin Derricourt: Robin Derricourt is an Honorary Professor of History in the School of Humanities at the University of New South Wales and a Fellow of the Australian Academy of the Humanities. He holds a PhD in archaeology from the University of Cambridge. His previous books include Inventing Africa: History, Archaeology and Ideas (2011), Antiquity Imagined: The Remarkable Legacy of Egypt and the Ancient Near East (2015) and Unearthing Childhood: Young Lives in Prehistory (2018), which received the PROSE Award for Archaeology and Ancient History.